Automation and Electric Vehicles on The Thames?

Thames Clippers is proposing to introduce three electric ferry boats as well as pier upgrades on either side of the river at Rotherhithe and Canary Wharf. Each boat could carry 150 passengers, with 50 per cent of capacity for bike riders. It is estimated that 2,250 people could cross the river every hour. 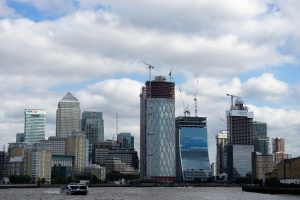 The ferries would also use an “auto-mooring” system to guide them into the pier, ensuring a rapid turnaround. AutoMoor units eliminate mooring lines and combine new vacuum pad and passive damping technology to secure a vessel rapidly at berth. AutoMoor also provides live data to the operator to optimise day-to-day terminal operations.

The total cost should be £30 million, compared with the £600 million estimated cost of the foot and bike bridge across the Thames at the same location which had been planned by Transport for London.

Cleaner air, lower costs, quieter operations and a better commute. Winners all round.