As Labour, the Lib-Dems, the Greens and the Tories vie to show the greatest commitment to protecting us against climate change, perhaps we should remember how this is a global issue and a long-term issue – not a simple, UK-centric, 5-10-year political policy. But it is good that it has now become a mainstream debate.

Extreme rainfall – defined as the top five percent of rainy days – often forms a pattern at the local level, for example tracking across Europe. But new research has revealed that there are also larger-scale global patterns to extreme rainfall events. These patterns connect through the atmosphere rather than over land – for example, extreme rainfall in Europe can precede extreme rainfall in India by around five days, without extreme rain in the countries in between. http://www.imperial.ac.uk/news/190029/extreme-rainfall-events-connected-across-world/

Please have a look at this short video: https://www.youtube.com/watch?v=QfLeOKf6fcA

The Australian Government’s Bureau of Meteorology forecast above average springtime temperatures and below average rainfall back in September. The cause of their forecast? “Sudden stratospheric warming” in Antarctica. Past stratospheric warming events and associated wind changes have had their strongest effects in New South Wales and southern Queensland, where springtime temperatures increased, rainfall decreased, and heatwaves and fire risk rose. http://www.bom.gov.au/climate/updates/articles/a035.shtml

Australia expects to have bushfires, but the current conditions are extreme. Here are a few headlines from Channel 9 News: https://www.9news.com.au/bushfires

“Heat records set to fall in southern states; power switched off amid catastrophic bushfire risk – Queensland, NSW and SA are all on alert for dangerous weather including record-high temperatures, rapid wind speeds and smoky skies that could hamper firefighting efforts;

Central Chile, where most Chileans live, has received 30 percent less rainfall than normal over the past decade, a situation that scientists are referring to as “megadrought” With rainfall deficits of 80 to 90 percent, 2019 has been particularly dry.

The map contrasts vegetation health against the long-term average (2000–2010) for that period. Brown indicates vegetation that is less abundant and healthy than normal for this time of year. 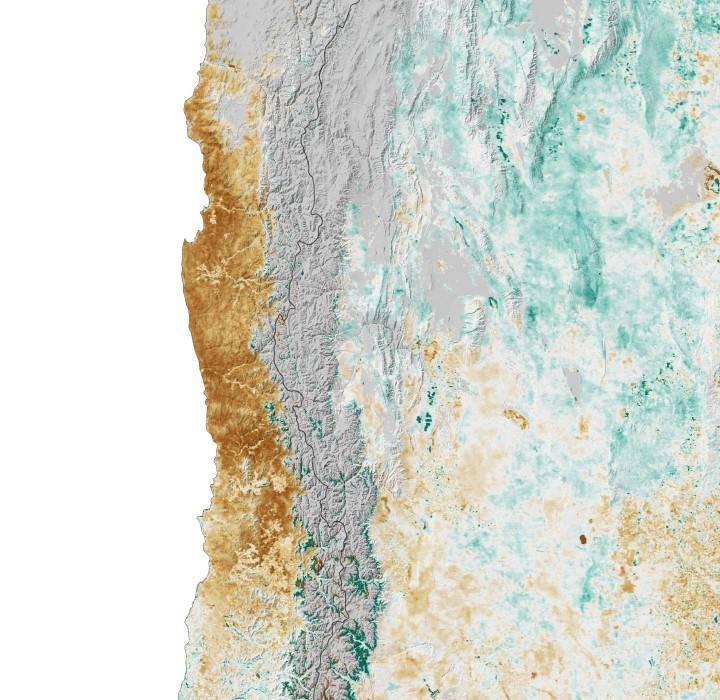 Winter carbon emissions from Arctic regions appear to be adding more carbon to Earth’s atmosphere each year than is being taken up by Arctic plants and trees. It is a stark reversal for a region that has captured and stored carbon for tens of thousands of years. https://earthobservatory.nasa.gov/images/145880/permafrost-becoming-a-carbon-source-instead-of-a-sink 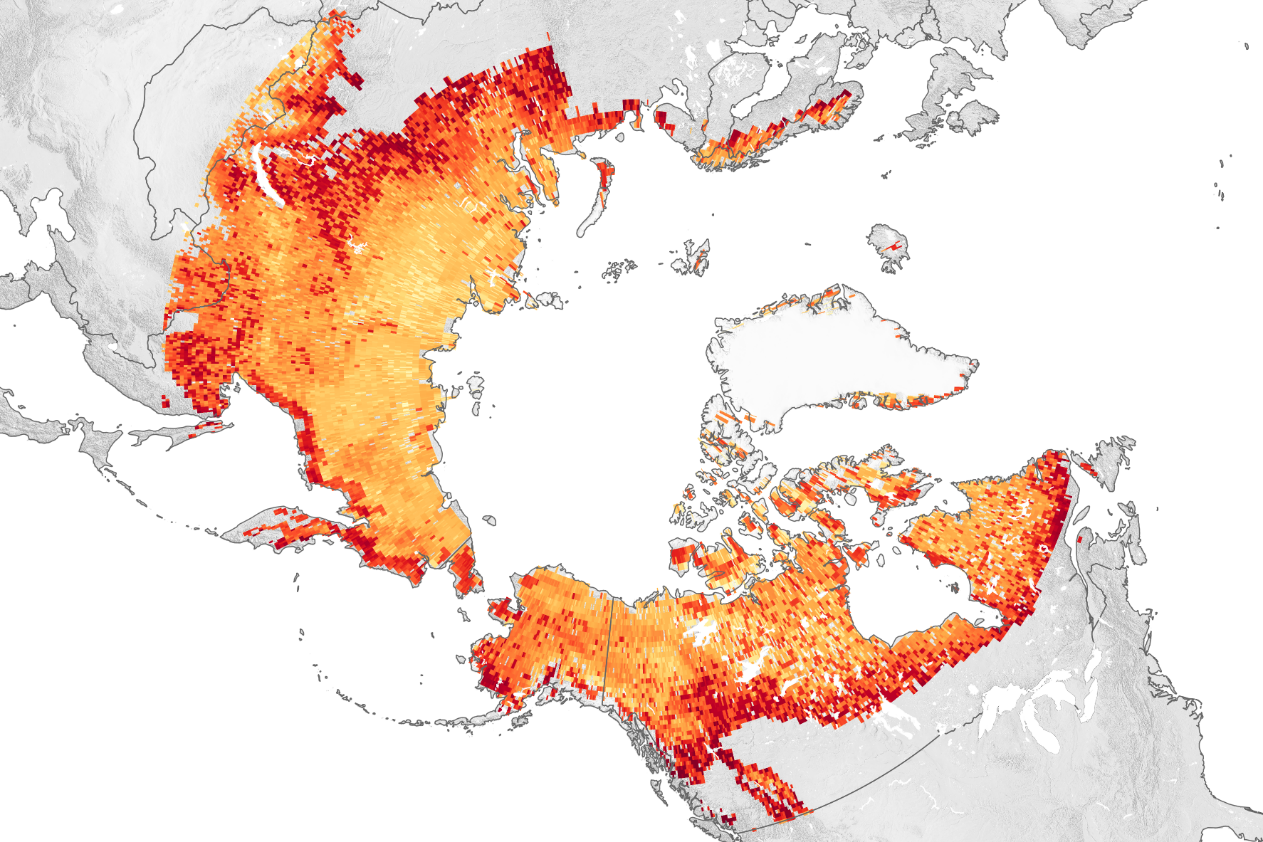