I wrote previously about how the Chinese, through their Belt and Road Initiative (also known as One Belt, One Road) and the Made in China 2025 initiative, intend to focus increasingly on value-added jobs at home while exporting some more basic manufacturing jobs to their Asian neighbours (https://www.gbim.co.uk/news-insight/chinabri/)

I have also commented before upon the shift in the balance of the Chinese economy to domestic consumption and away from exports. (https://www.gbim.co.uk/news-insight/manipulating-the-renminbi/)

A recent piece of research from McKinsey Global Institute illustrates the degree to which the shift of labour-intensive manufacturing from China to other Asian nations has been occurring. https://www.mckinsey.com/featured-insights/asia-pacific/asias-future-is-now 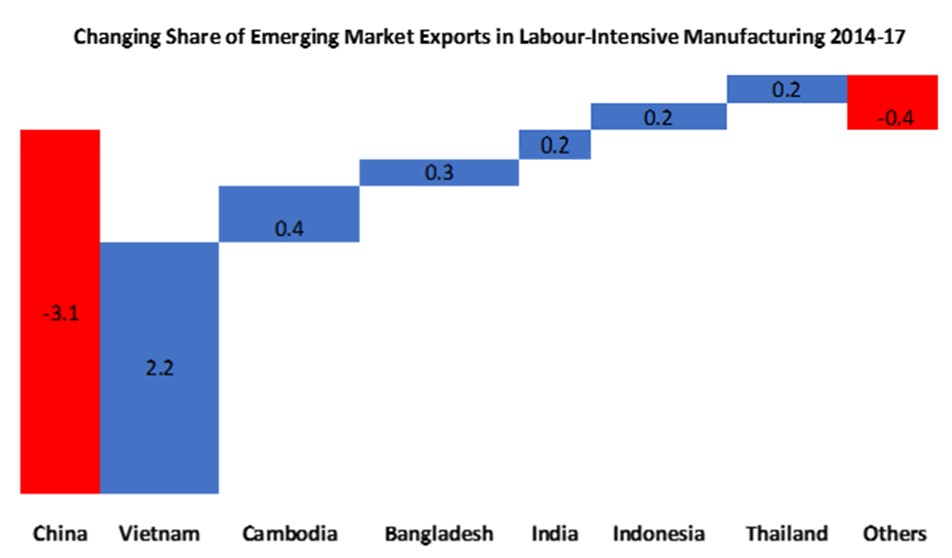 Clearly there has been a shift of some activity to neighbours in Asia, but perhaps a bigger question is whether China can achieve the necessary shift to higher value-added manufacturing, especially in the technology sector.

There is no doubting the commitment of the China Communist Party to this goal. The Chinese file more patents than any other country in the world, and they have much higher levels of data capture than any other nation, which should equip them well for the development of AI and machine learning.

Statistics from the World Economic Forum and UNESCO from 2016 showed that the number of STEM graduates in China and India already eclipse the numbers of all other countries put together. https://www.forbes.com/sites/niallmccarthy/2017/02/02/the-countries-with-the-most-stem-graduates-infographic/#57b3606a268a 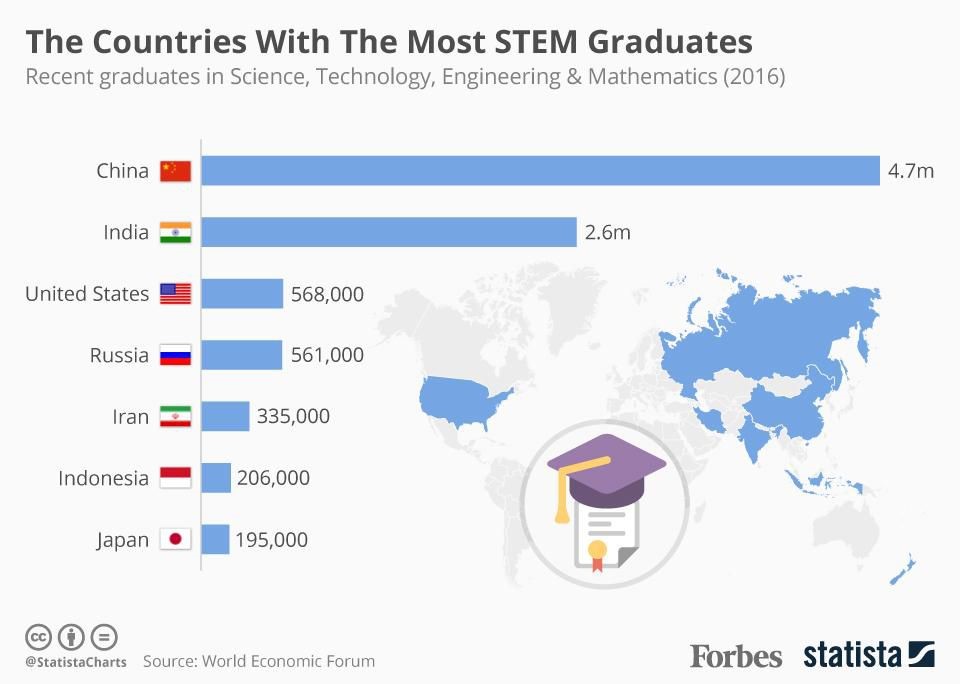 But BMO Global believe that China will find it difficult to emulate the US in advanced technologies. They point out that the majority of Chinese patents are domestic, with only a small proportion filed abroad. They suggest that this is not representative of true innovation and emphasise that R&D spending in China is much lower than that of its global peers. They believe that the quality of “human capital” in China and the conflicts of interest caused by the influence of the government over companies will retard progress.

On the other hand, Baillie Gifford have made substantial investments in Chinese technology companies, in both public and private equity, and are clear believers that Shenzhen can compete with Silicon Valley.

The row between China and the US about Huawei clearly shows not only that both parties stand to lose if they do not cooperate, but also that both countries believe that Huawei has credibility as a product and service provider.

In the end the probability of China being successful remains high in my opinion. Even if they don’t hit the 2025 goals, which is not a given, the flow of more highly qualified workers will continue, and thus constantly refresh their chances of success. 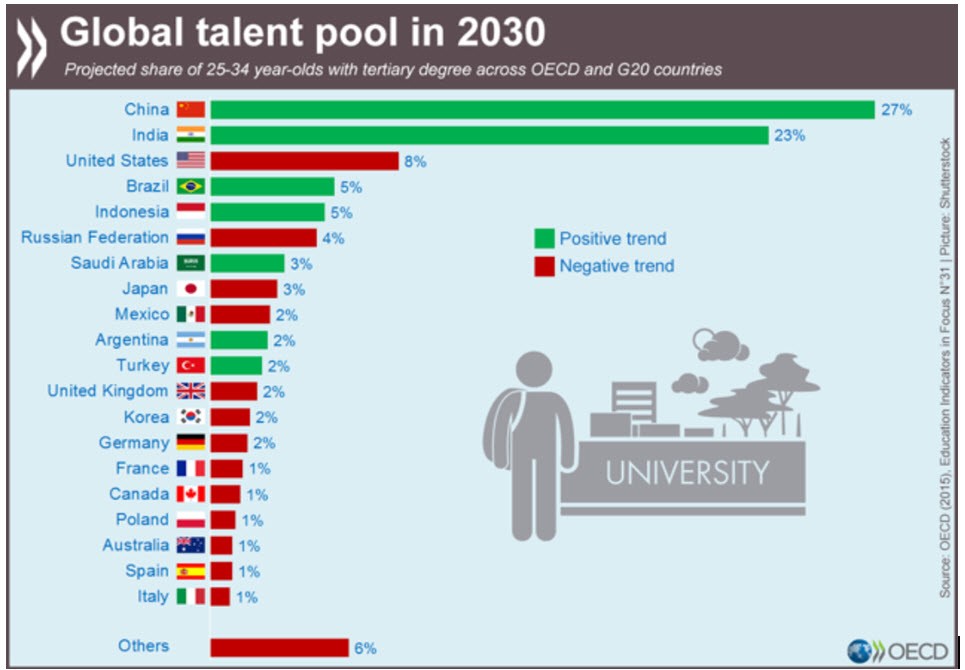